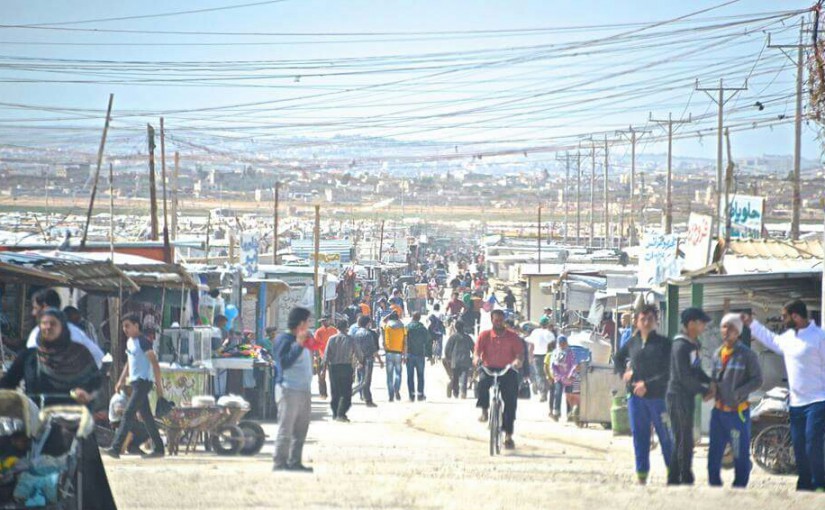 A GP Volunteer in in the Syrian Refugee Crisis

September 2014: I had been a GP for just over a year and had just turned 30. For the first time in my adult life I was as free as I had ever been: no exams, no fixed postgraduate training, and I had flexibility and freedom to work according to my own schedule.

I volunteered with an American charity that undertook medical relief missions to Jordan, treating Syrian refugees. In a group of humanitarian workers, nurses, doctors and dentists, we arrived in Jordan to work with the Syrian refugees, travelling to the villages where they had integrated into the communities and in the huge refugee camp known as Zaatari.

An open-air settlement of 80,000 refugees, Zaatari resembled almost a city in the desert, with secure perimeter walls and the presence of soldiers and tanks on the exterior. There was a checkpoint to identify our group but at no point did I feel unsafe or in danger.

The presence of military personnel around the Middle East is very common to maintain order, as I had seen on previous visits to Saudi, Palestine, Lebanon and Syria prior to the war.

What struck me most about Zaatari was how organised it was. I had expected a chaotic mass of camps and queues of people interspersed around them. I was surprised to see streets of shops selling food, clothing and essentials.

It seemed that people had moved on and tried to establish themselves in this new society, making new livelihoods rather than giving up. I saw elderly men with musculoskeletal pain who insisted on carrying on working. Some of these people had been wealthy business owners but adapted to still make a living by the means they could. It was inspiring to witness this 'never give up' mentality

The medical unit had rooms according to speciality. ECGs, xrays, IV lines and blood tests were available.
Lacking investigations, the emphasis was on history (via interpreters) and examination. Consequently I relied more on these skills, as it forced me to step outside the comfort zone of investigations.

Problems were similar to those encountered in UK general practice - e.g. URTIs, skin complaints, nutritional deficiencies and depression. In the space of a few hours, I would see hundreds of people. Frequently, simple treatments sufficed: paracetamol, multivitamins and skin creams.

The people told me stories of their longing to return to Syria and their loved ones who were unable to flee. A listening ear to their story of struggle and upheaval was sometimes all they needed to provide a bit of comfort. The Syrian doctor working alongside me told me how his mother was still in Homs, a city in Syria, and he hoped that one day they could be reunited.

A few specific patients stick in my mind: a young boy on a nebuliser for asthma, most likely precipitated by passive smoking - a high prevalence of male smokers amongst Jordanians and Syrians exist, a public health issue in itself.

On another occasion I treated a viral URTI in a child and was swamped with gratitude from the father, who insisted I take a picture with his infant son to preserve the memory. The man returned later with a present for me - a copy of the Qur'an in Arabic. The sentiment was touching and moments like this served to remind that many of the refugees had been through immense psychological stress and trauma.

Outside, children played on the streets and families conversed socially. There were football games being played in the open sand areas - enticing for me to join in but I had to remind myself of the purpose of my visit and abstain.

The atmosphere in the camp felt like one of unity. It appeared that the refugees gained solace in that they were all in similar circumstances. There was a community spirit to the camp - perhaps some had become content with this way of life. On reflection, the benefits and fortune of having a widely accessible healthcare system like the NHS in the UK, free at the point of use, was all the more resounding.

Luqmaan has also previously written on locuming in Brighton.