Why the NHS desperately needs locums (clue: it’s not why you think) 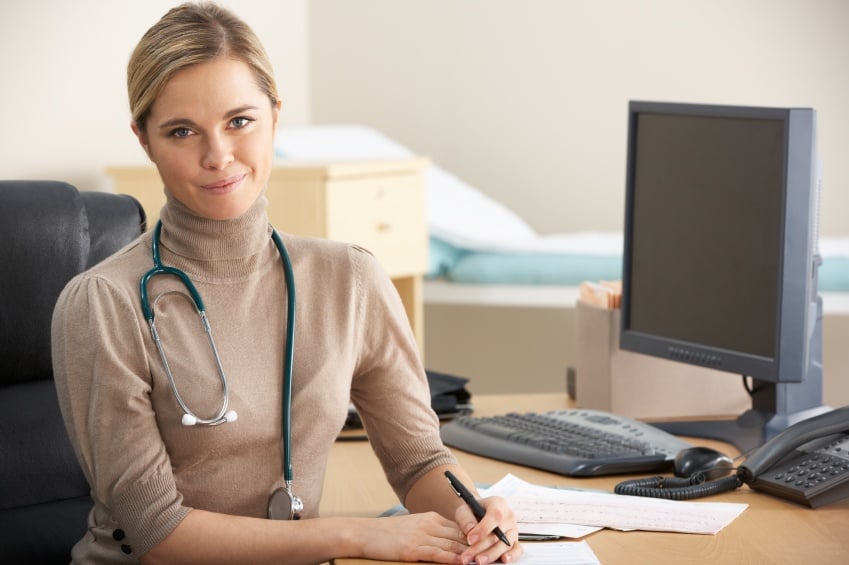 Innovation in the NHS isn’t like innovation in other industries. It’s patchy.   In some areas, there’s amazing stuff: like pills with microchips in them  and techniques like robotic surgery  Or innovations in the system of healthcare itself --– like London’s pioneering work setting up hyper-acute stroke centres, Torbay’s development of integrated care , or the huge experiment that is letting Circle take over Hinchingbrooke trust.

Other parts of the NHS have stayed essentially the same for decades. Consider the fundamental unit of general practice: the patient appointment. Patient has problem; patient comes to the surgery to speak to the doctor; interaction lasts about ten minutes, patient goes home.

But in lots of practices, GPs won’t touch these innovations with a ten-foot stethoscope.  So in many practices, the fundamental unit hasn’t changed in decades.

Much of this is basic inertia: the old way has always worked, so why change?  (I sometimes wonder how different GP practices would be if we’d started off with a fundamentally different model. You can imagine if general practice had evolved in a country which was wealthy and dispersed, like today’s Australia, it might look totally different—maybe the telephone consultation would be the basic unit.)

What’s really interesting about this is how different primary care is to other industries. Consumer electronics constantly reinvents itself. Innovations spread like wildfire. Do you know how long it took others to imitate Apple’s ipad?  Five months. The concept of a mid-sized tablet can now be built upon by whoever has the next great idea. Services innovate too: All the coffee chains in London started offering flat whites  about a year ago—because once one of them had demonstrated that it was profitable, they all followed suit. If they didn’t keep adopting what worked, they’d eventually go out of business—or be bought by a more successful outfit.

But general practice doesn’t have such sharp incentives to innovate. Two practices can exist side-by-side for years: one offering online appointments, telephone consultations and using nurses and nurse practitioners to make sure their doctors’ time is used only for the most important issues; the other, unresponsive, rigid and inefficient by comparison.

Why is this possible?

Put very crudely, GP practice isn’t subject to market mechanisms as powerful as those faced by computer manufacturers or coffee chains. Of course in theory, patients can choose their practice, and they can change if they’re not happy. But usually patients don’t know what the other practices offer. And even if they did, patients tend to think that switching involves a lot of forms, or that their case histories might get lost. And then many patients like their doctor so much that they put up with minor inconveniences, even if they do wish their practice were a little more helpful.

This isn’t an argument for more market mechanisms in primary care. But we do need some way of replicating the market forces that work so well in consumer electronics and in coffee chains. There needs to be some way for the virus of innovation to spread.

What could that be?

Not what—who. Who are the people who go between practices regularly? Who experiences the pros and cons of all sorts of systems? Who knows that while every practice is different, some patterns tend to repeat themselves?

As locums, you have a unique opportunity to transmit innovation between practices. You are among those best placed to notice innovations, to understand why and when they work (and don’t), to advocate a method that improves things for patients or doctors.  If you don’t, who will?

Rachel Carrell is CEO of Dr Thom , which runsLloydspharmacy’s online doctor service . She was previously Head of Innovation at NHS London. For more on healthcare and innovation, follow her at @rachcarrell