Resilience: what does the word actually mean? A posting for GPs. 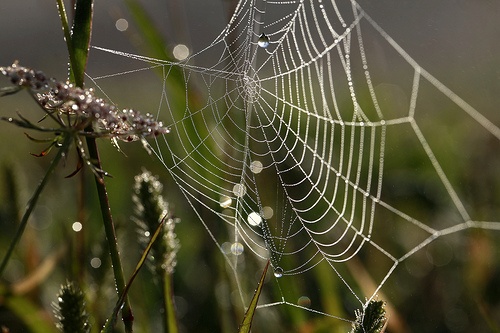 The GMC in 2014, announced the introduction of emotional resilience training in medical schools after it published the results of an internal review following the suicides of 28 doctors who committed suicide while under GMC investigation.

Reported in Pulse Magazine, Professor Terence Stephenson, GMC chair, told Parliament that a GMC investigation was an occupational hazard and doctors should be trained to deal with it in the same way that soldiers are giving resilience briefings for tours in Afghanistan.

This might sound hollow to GPs who are dealing with a mudslide of resilience failure in society oozing into all cracks of the waiting room and clogging up telephone lines.

Meanwhile politicians are promising that GPs will be open 25 hours a day, 8 days a week (conveniently ignoring Out of Hours) while they will also be responsible for prescribing damp proof coursing, boilers and doing central heating checks.

GPs could do with a bit of resilience too.

So what does it mean to be resilient? Does it mean the ability to see as many patients as you can? Or be one of those too-positive people that bounce around seeing only the good in everything? (Ok, there are not many of these left in GP).

What does resilience really mean?

In the 1970s, psychologist Dr Salvatore Maddi began to study individuals who thrived in high levels of stress. Hoping to isolate key traits in these people, Maddi and his team began to study over 400 employees at the Illinois Bell Telephone company. Research began in 1975 and followed the individuals through a series of interviews and questionnaires.

In 1981, the company was in crisis. Employee numbers were downsized by half in one year. People were subject to monthly changes in job descriptions, supervisors, strategies and goals.

Does this sound familiar to GPs?

The results for two thirds of the study group showed nothing new. They suffered from depression, divorces, performance problems, strokes, heart attacks and burn-out.

But the other third of the group were surprising. Despite overwhelming adversity, they found pathways to thrive under stress. They found new opportunities, climbed the ranks of the company, had little in the way of illness and even felt their personal relationships improved.

Maddi identified 3 key beliefs of this group – the three ‘Cs’ (now trademarked as the HardiAttitudes):

Commitment: to engage in evolving events rather than just turn away.

Control: to try and influence outcomes, no matter how hard or overwhelming.

Challenge: to view change (whether good or bad) as an opportunity for positive learning.

Maddi was then able to develop these findings into a training programme to boost these qualities in employees. Results from the training were remarkable. Employees showed decreased stress, blood pressure and anxiety while reporting improved job satisfaction and strengthening of their Three Cs.

What’s more, the changes persisted long after the training. From here, resilience training (in widespread use in business, humanitarian aid and the military sectors) came into being.

In a future blog post, we’ll ask how we can be more resilient, with expert contribution from organisational psychologist

In the meantime, take the quiz on resilience here. How resilient are you today – and what about tomorrow?