Doctors in the spotlight

Dr Harry Brünjes; Doctor-preneur and inspiration to the new generation of GPs 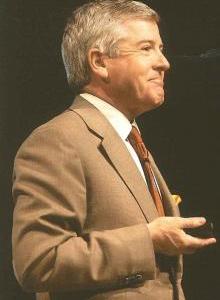 It is quite rare for GPs to leave the traditional model of salaried GP-turned partner and go on to start disruptive multimillion pound businesses. I find this strange because all GPs are technically entrepreneurs, each needing to be mindful of income and profit. It seems though, that many struggle to take the leap. Dr Harry Brunjes is one GP who has managed to do this. I believe that every young GP should be looking to him for encouragement that GPs are in the perfect position to become disruptive doctor-preneurs.

I have had the pleasure of meeting Dr Brunjes a few times. A restless entrepreneur and serial entertainer. An unforgettable man, always onto the next thing, if he’s not doing business deals, he’s cracking jokes, or serenading a group of people (or if you go to the Ivy Club with him, he is probably doing all three at once).

Harry Studied Medicine at Guys Hospital; and in 1981, while practising in the NHS, he saw the growing number of patients that were willing to ‘go private’. Instead of continuing on the path that his fellow colleagues did, he decided there was an opportunity and went where the money was. In 1995, he tore himself away completely from the NHS (which he still credits as his “springboard to success”) and set up Premier Medical Group (a private medico-legal company, which he started by leveraging his medical school contacts). Premier Medical, soon grew to be 220 clinics in Britain. As Premier Medical grew, he saw further opportunities to expand and partnered with private-equity firms. Eventually, in 2012 Capita offered him £60m for the company, and he couldn’t refuse.

I think Harry’s story should be the catalyst to other GPs to become doctor-preneurs. GPs are in the perfect position to utilise your knowledge of the intricacies of the NHS. They are also at the forefront of the recent changes within the space (Harry believes there are many opportunities coming out of the most recent reorganisation). Further, being a GP, you have a lot more flexibility to become an entrepreneur without the associated risk. Locuming provides you with the safety net of income whilst allowing you to experiment. Harry says he “could scale down your NHS hours to three-quarters or half-time, which allowed [him] to try other things”,

Today, with £60m in the pocket, and a enviably large mansion to call home, you might think Harry would be relaxing– fortunately for us, he is not. He has turned his gaze upon the next generation of bright young minds, with last year’s founding of Woodsta Investment Ltd, which looks to invest in pioneering healthcare firms. Harry believes that obesity and care for the elderly will create “massive investment opportunities’ in the future.

Medicine is as restless as the tide, the NHS is constantly being reorganised, and technology is constantly improving care. If you are as relentless as Dr Brunjes at finding the next thing, there is no reason that you can’t be as successful as he.