NHS pensions for locums: what has changed? 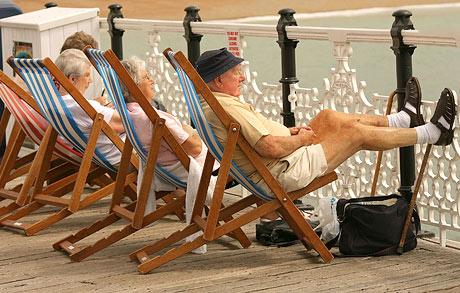 The NHS reforms have given rise to some contentious changes, including changes to who pays for GP locum pensions. We ask founder of Penny perfect, the online invoicing platform used by freelance GPs all over the country, what the changes have been and how they have affected GP locums

What are the changes?
Previously the employers pension contribution for GP locums was paid by the employing authority direct to the NHS pension authority. From 1 April in England and Wales it is now paid by the employing pratice. This requires the locum to invoice the practice for this contribution and then pass it on to the NHS pension authority. Not surprisingly locums are concerned about invoicing for more as they need to remain competitive, and practices are concerned about costs as they need to remain profitable.

Why was this change introduced?
Cost. The previous system was essentially a 'blank cheque' for pension contributions, with a direct link between the amount of locum work done and cost of NHS pension contributions. By providing a fixed sum to each practice for these payments the NHS has effectively fixed their annual contribution cost. With the contribution rate of 14% being more than double the UK average, there is a strong case for capping this cost. The argument can also be made that providing more money to practices is decentralising budget and gives practices more visibility of the cost of NHS pensions.

Who are the winners and losers?
Larger practices with many partners or salaried GP's have the ability to cover each other when a doctor is not available, thus reducing their reliance on locums. Smaller and especially single partner practices do not have this option. Practices that are more reliant on locums may therefore have an unavoidable new cost.

What's the cost to practices?
An average GMS practice with around 7000 patients will receive £1000 to cover their contributions. The employer contribution of 14% is paid on 90% of pay. This works out at £12.60 contribution per £100 invoiced. Assuming a locum average hourly rate of £70 (requiring a contribution of £8.82), this £1000 allows for 113 hours of locum work per year before the practice is having to fund the contributions themselves.

How will it affect GP locums?
Initially practices may be unhappy with the addition to the invoices they receive and may put pressure on locums to reduce their rates. As the increases will be equal across the board, this could be difficult pressure for the practices to apply. However, a doctor who works only as a GP locum does not have to pension their NHS work. They would therefore not claim the 14% employers contribution, thus making them cheaper than locums who did. Will some locums be willing to do this? Possibly. But why start a price war which benefits the practices who are receiving extra money for this?

The NHS is always changing and requires continuous learning. Being a locum GP can have a lot of frustrations, pressure and bureaucracy. Calculating 14% to add to an invoice isn't one of them (PennyPerfect does this with the tick of a box). The pension system will change again, and again, but in a few months the new changes will just be the norm and what may seem unfair/confusing/unecessary now won't even get a second thought.