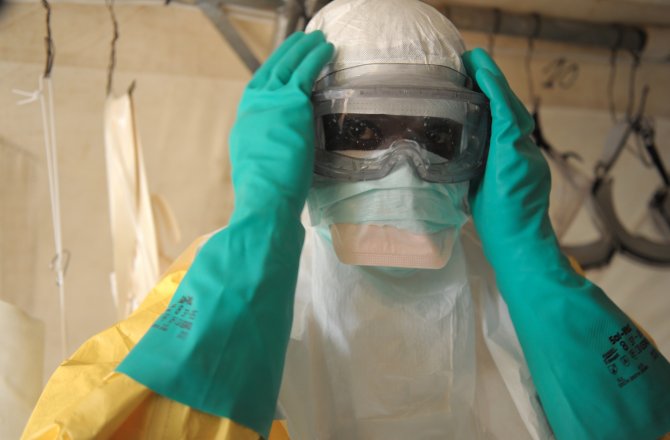 Ebola: The Facts We Need To Know

The news has been dominated by the outbreak of the Ebola virus in West Africa, with more than 1000 deaths confirmed in Sierra Leone, Liberia and Guinea - and in recent days a priest has died in Spain having contracted the virus during a trip to Liberia. The World Health Organization estimates that the current outbreak has a mortality rate of nearly 60%, there is increasing concern about effectively containing the disease. As of today USA and Canada have been given permission by the WHO to fast track the research of monoclonal antibody therapy in infected human patients in West Africa in efforts to contain the spread and reduce mortality. The WHO panel unanimously concluded that it is ethical to offer medications to fight the Ebola virus, even if their effectiveness or adverse effects are unknown.

As a GP, what do we need to know about Ebola? Well, firstly, it is important to note there is currently no direct threat to people in the UK from the Ebola virus. I thought I would use this as an opportunity to refresh our knowledge of Ebola - as we may see patients with health anxieties asking questions and seeking reassurance.

Ebola is a virus that originated in the West African rainforest; is thought to have spread to humans by the handling or butchering of infected bush meat. Left untreated it can have a mortality rate as high as 90%. An infected person will typically develop a fever, headache, joint and muscle pain, sore throat, and intense muscle weakness. These symptoms start suddenly 2 to 21 days after becoming infected. Diarrhoea, vomiting, a rash, stomach pain and impaired kidney and liver function follow. The infected person may then bleed internally, as well as from the ears, eyes and mouth. People can become infected with Ebola if they come into contact with the blood, body secretions or organs of an infected person.

Some traditional African burial rituals may have played a part in its spread. The Ebola virus can survive for several days outside the body, including on the skin of an infected person. In parts of Africa it is common for mourners to touch the skin of the deceased. A person then only needs to touch their mouth to become infected.

Other ways people can catch the virus include:

A person is infectious as long as their blood and secretions contain the virus.

There's currently no specific treatment or cure for the Ebola virus, besides the fact that patients should be treated in isolation in intensive care.

Potential new vaccines and drug therapies are currently being developed and tested.

The risk to the UK is thought to be very low and there have been no reported cases thus far.

Ebola virus is generally not spread through routine social contact such as shaking hands with patients without symptoms and the virus is not airborne, so it's not as infectious as diseases such as the flu.

If you are concerned about Ebola and need more information, you can contact your local Public Health or infectious/Communicable Disease centres.