Who will be the next NHS Chief Executive? 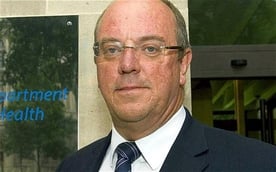 One of the largest undertakings in the world…

5th largest employer on the planet

And one of the most difficult…

Problems with transparency, accountability and efficiency 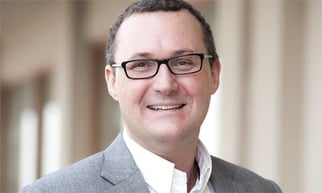 Significant achievements: Project Director for Ambulatory Care and Diagnostic (ACAD) PFI scheme - the first of its kind in the UK, Director-General of Commissioning and System Management for the NHS 2007-9, 2007 Launched World Class Commissioning programme.

Interesting fact: He previously worked in the Australian health service.

Quotes: “I have always been a passionate advocate of the NHS and believe that it has a great future. Like many other countries throughout the world, the pressure facing healthcare funding and provision are enormous. If the NHS is to change and modernize the public, private and voluntary sectors will all need to play their part.” [Source]

Significant achievements: Tony Blair’s health advisor between 2001 and 2004 and before that advisor to then-health secretary Alan Milburn.

Quotes: “We need to have more transparency…there’s a lot of variation in quality and cost of care but patients don’t necessarily either know that or have the tools available to make smart choices.

Significant achievements: Set up and implementation of the Club Card. Voted "Britain’s most admired business leader" in 2005 by Management Today. Voted Britain’s most influential non-elected person by Guardian Unlimited Panel in 2007.

Interesting fact:  In 2006, Leahy came 3rd place in the annual Rear of the Year competition.

Quotes: “I never enjoyed the limelight or the status. Disappearing into the crowd is ideal.” 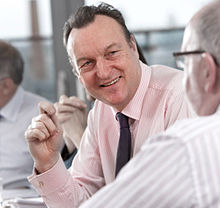 Interesting fact: Began NHS career as a gardener in 1977.

Quotes: “As someone who came into the health service to do good, today is a day I genuinely feel shame”

Significant achievements: In 2012 was voted the sixth most influential person in Healthcare by Modern Health Care and was appointed to the First 5 California commission by Gov. Jerry Brown.

Interesting fact: In addition to the US, has managed care plans in both Jamaica and Uganda.

Job Title: National Director for Patients and Information at the NHS Commissioning Board Authority.

Significant achievements: Co- creator of Dr Foster in 2000 which published first comparative measure of patient outcomes. First person to hold title of Executive Director of Transparency and Open Data in 2011. Interested in digital and social media and how they can contribute to patient experience.

Interesting fact: Was a national newspaper journalist and editor. He worked for the Independent and The Sunday Times and wrote Dervish: The Invention of Modern Turkey, a portrait of mid-nineties Turkey. Jazz Musician.

Quotes: "Transparency is the future of the people’s NHS, and the future is open."

Interesting fact: A Fellow of the Royal Society of Arts

Quotes: "If you get quality right, then everything else falls into place..Quality of care has got to be a priority throughout the organisation." [Source] 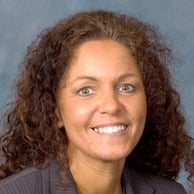 Interesting fact: Only female CEO in the NHS with an African heritage.

Quotes: "A good patient experience has to be defined by every individual patient or carer whenever possible and should be monitored every day." [Source]

Interesting fact: Built a scale model of the house he grew up in Ireland, to remind him of life’s struggles.

Quotes: “Every industry periodically has to be turned upside down. Management organizes the present very well, but leadership is about selectively forgetting the past and creating the future.” [Source] Quotes: "The NHS was very focused on the needs of the organisation, and patients were almost there as supplicants. Patients now expect to be treated like customers. We're in the healthcare business." [Source] 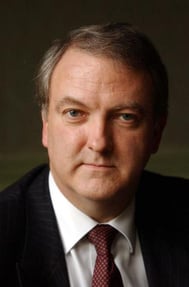 Interesting fact: Debrett's list his interests as diving and photography.

Quotes: "I’d just like to finish off by saying, as Medical Director, my vision for the future of healthcare is underpinned by greater availability and the processing of data.  I see a future where those who wish can take responsibility for their own healthcare." [Source]

Job Title: Chair of the Council of the Royal College of General Practitioners

Significant achievements: First woman to hold this role in 50 years. Appeared on Politics Show  in May 2013, discussing privatization of the NHS. Included on list of 100 Most Powerful Women in the UK by Women's Hour, February 2013. Awarded MBE in 2003.

Quotes: "I hope that I am leading with the fundamentals of high-quality general practice – kindness, listening, caring and, as the current climate demands, adaptability to change." [Source]

Job Title: Former Administrator of the Centers for Medicare and Medicaid Services, appointed by President Obama.

Significant achievements: Honorary Fellowship of the Royal College of Physicians of Ireland 2012. Regarded as one of the leading health adviser in the world, currently advising the Prime Minister in the wake of the Mid Staffs Scandal.

Interesting fact: Received an honorary Knighthood in 2005 for services to the NHS.

Quotes: "Beating expectations and then moving beyond them- that's what I love doing." [Source]

Significant achievements: Described as Sir David Nicholson's 'Right-Hand woman', made a Dame in 2009.

Training:  Began her career as a GP in Bradford for over 20 years, then Chief Executive of Bradford Primary Care Trust and East Midlands Strategic Health Authority .

Quotes: "We’re looking for transformational change which puts patients at the heart of everything, absolutely focused on quality and driving productivity at the same time." [Source]

Significant achievements: Was joint Chief Executive of Saatchi & Saatchi at 31, seen as a modernizer.

Interesting fact: Born on the Isle of Bute.

Quotes:  "The bizarre thing about the last three jobs I've done is that I don't like [the public profile] at all. I will go to enormous lengths not to do public things - because it is just not me." [Source]

Training: Graduated as a nurse, specialising in emergency care and has worked in a variety of clinical and managerial roles.

Quotes:  “The outcomes I want to achieve are: pride in the profession – I want people to feel proud to tell someone they are a nurse; respect for nurses and midwives; and safe and effective care with good patient experience.” [Source]

"Sir Malcolm Grant  reveals to HSJ that all of NHS England's current national directors have ruled themselves out of replacing Sir David Nicholson." Read the full interview on HSJ

"Dalton reveals he is not applying for NHS England job" - HSJ

Paddy Power opens the betting in response to this blog! Fancy a flutter? Click here

Mike Farrar to leave the NHS

UPDATE: Simon Stevens announced as the next Chief Executive of NHS England